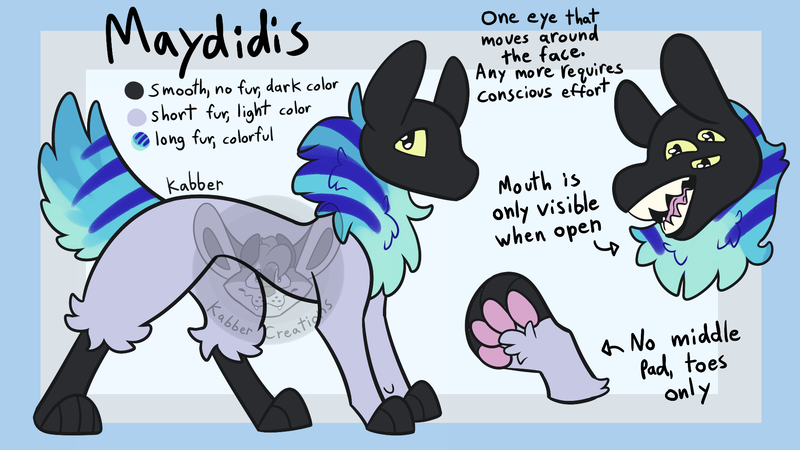 Maydidis (singular: Maydidi) are strange creatures from an unknown source. They just sort of appeared one day and everyone accepted it.

They’re mellow, kinda skittish creatures that range in size from that of a ferret to that of a large dog. They can be anthro or feral, and often adjust to be bipedal or quadrupedal depending on what the situation needs.

Though they’re rarely outright aggressive, they can be very dangerous if provoked, especially if a pack of them gangs up on you.

A Maydidi’s biggest feature is their singular eye, which freely migrates around the face. Due to mild shapeshifting abilities, they can create more eyes anywhere on the face, but it takes conscious effort and can be very tiring. Their mouth is also invisible until its opened. Once open, their razor sharp teeth are clearly visible.

Want your own?
I’ll be putting up cheap OTAs here and on Toyhouse! Also the occasional raffle, so keep an eye out!

If you want a custom, check HERE for prices and openings.